A group show curated by Amrita Prakash, comprising of thirty one artists from different places in India like Bangalore, Mumbai, Delhi, Rajasthan, Madhya Pradesh and Chennai, was held at Venkatappa art gallery in Bangalore from 21st December, 2019 to 25th December, 2019. It was a substitute world of artists full of beauty, tranquility, simplicity, awe, spirituality, explorations and experimentations where the reality of the world lay far behind the veil of colours and expressions. Personalized expression opened a doorway to impulse and imagery. The show was inaugurated by Chi Su Krishna Setty- Ex Chairman of Lalit Kala Akademi New Delhi; Mr Mahendra- Chairman Karnataka Lalit Kala Academy and another eminent artist Hariraam Veeraraghavan.

Among a few senior artists who exhibited is Dr Meera Kumar, a recipient of Doctorate of indegenious arts by Academy of Univeral Global peace; Kempegowda and Kannada Sahitya Parishad awardee, whose traditional Mysore paintings were a reflection of hours of intricate work, where thin lines of gesso work can be observed in the fine details of jewellery and folds of clothes. The divine themes have been extracted from the Vedas and the Puranas, where every depicted character holds a story behind it. The work embossed in gold leaf is preserving the culture of over 500 years old Mysore traditional art.

Another renowned artist KG Lingadevaru’s ‘Finding yourself’ is a representation of a quest in the journey of discovering oneself, delving deep into self, simultaneously influenced by social life and finally transcending towards enlightenment. One can see the playfulness and easy flow in the forceful lines of white and black figures flying across in his paintings. The circular scribbles in the body can be related with the confusion of thoughts and feelings. The solid red background has a few scattered leaves and fragments add to the intensity of realization and recognition of spirit. His idea of drawings blends with Jeff Koons: “Drawing is an immediate way of articulating an idea, of making a gesture that is both physical and intellectual.”

Chitra Narayan’s acrylic paintings comprise of transparent cubic forms depicting the aerial view of cityscape. She is fascinated by the linear designs of railings, grills, spires, towers and barricades in a building, which later on gets reflected in the boldness of geometric forms in her paintings. One can see a thorough study of the forms to reach to the expression of the simplification with colour, order and clear direction of action.

Giliyal Jayaram Bhat abstractions are a search for creative directions from within and without to form new equations with the world. An effort can be seen to go beyond existing and unselfconscious making of a new art language and expand oneself by harmonious blend of intelligence and judgment, where the objects are lost in the world of excitement, wonder and pleasure.

Dr Alka Chadha Harpalani’s paintings are like a pictorial diary, in a way, where each page reflects similar or varied thought and stimulates the imagination further. She follows Alwin Nikolais’s logic: “I like to mix my magics.” There is a use of mixed media to integrate personal sensations of ‘Togetherness’ into coherent painterly forms, where the two hands made of fibre support in creating visual variety. It’s a correspondence between feeling, form and technique. One can see the two canvases hung on a wooden hanger and tied together with a thread to form a panel. The second work ‘Knitted together’ has strands of wool hanging over it, making the whole scenario interactive where a viewer can become part of the presentation and add more meaning to his observation by travelling on the path of conceptual to virtual and installation.

‘Self-portrait’ and ‘Durga’ by Debajyoti Roy is pushing the limits of reality by rendering the existence less stable and more fluid. According to him, “Colours have infinite spectrum of possibilities to express.” He explores the treasures of choices and tries to form new equations with the world. There’s a new vision which has come up with the spontaneity of approach. His thoughts match Fernando Botero when he says: “When you start a painting, it is somewhat outside you. At the conclusion, you seem to move inside the painting.”

‘City escape’- painting tetraptych in format, of Manisha Mohnani is inspired by visual exploration of the events that occur around and is a reflection of an attempt to purposefully stray away from the chaos of the city to enjoy the serenity of nature. The lines, circles and squares in the background reflect the colours of nature. The interaction of figures plays an important role in her paintings representing nostalgia and refreshed memories. The works resonate with emotional interaction and a sense of solitude where one can see the figures float in a trance with graceful distortions. There is a creative collaboration of an outer world of things with and inner world of impulse.

Veena Vyasatheertha’s ‘Floral Symphony’ is a weft of colour sensations. The artist has captured the sense of rejuvenation on seeing new buds pop through spontaneous exploration of colour, texture and form. Swaroop Venkataraman has made a series of portraits in coloured pencils on paper, embellished with multiple textures through burnishing and layering with a distinct focus on realism and traditional aspect. A spurt of colour in gold and blue by Lakshmi Priya; Elephant by Sandeep Kumar; silhouetted portraits by Ila Srivastava; mural inspired composition blended with contemporary theme by Manjula; Nature bonding by Rajeev Semwal are among others which got noticed and appreciated. 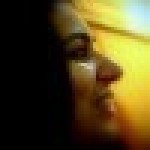 Spelling / capitalization etc. of ‘Shanker Art Foundation’ should be same as used in official documents like bank etc.

No content of the newspaper – ‘ART OBSERVER’ and websites ‘ARTinfoINDIA.COM, ‘ChildrenArtContest.COM & ArtObserver.IN shall be published or borrowed without the knowledge and consent of the OWNER / SHANKER ART FOUNDATION and all profits from any means shall directly be the property of SHANKAR ART FOUNDATION

The views expressed in the different features and articles and news in Art Observer are entirely and exclusively those of the contributor/artist. Art Observer on its part, does not agree/disagree/subscribe to the same, in any way and to any extent.